UpDATE on the Cardiologist aka “The Love Doctor” – After our brief phone conversation during lunch when he said he’d call me later that night b/c he really wanted to “get to know me better,” he never called.

If you’d like to re-read my blog post title posted at the top of this now, I’ll wait.

There are more flakes in the dating pool than you’ll find in a dandruff commercial. Isn’t that fantastic?? Happens a lot.

I let this one go and chalked it up to the fact that he’s better off fixing real hearts than potentially breaking mine. Besides, aren’t Doctors NEVER HOME??? It sounded good at first, but…I never heard from him again.

UpDATE on Mr. Too-Young-Tyson-Beckford – Surprise! I bet you weren’t expecting this guy to pop back up!

By the way, for those of you who weren’t around two years ago when I first met this FINE young man, you should stop reading immediately and catch yourself up on that update and blast from the past.

For my faithful readers, first of all – TWO YEARS ALREADY?!

Second – last week I saw Mr. Too-Young-Tyson-Beckford.  Yes, in the FLESH, people! Jawbone, fresh hair cut, cheekbones, six-pack and all.  I swear on all things Holy (sorry, Jesus…but also, thank you) he is the most physically gorgeous man I’ve met.  And I’ve met a lot of beautiful people over the years of living here in Los Angeles, trust me.

I was flipping through my Plenty of Fish profiles (oh by the way – I re-downloaded that app after giving it a nice long vacation) when I noticed him noticing me.  His face popped up in my “Who’s Viewed You” section and I just smiled.  The memories quickly came back to me and it was like seeing a friendly, familiar face.  We ended on a good note.

We message each other with small talk.  One of his first questions – “Wait…what the HELL are YOU still doing single?!”

It was a great question, and two hours later he was at my place trying to figure it out for a Netflix and chill minus the Netflix but definitely the chill part night.  He ended up leaving around 2am after an interesting chain of events, mostly made up of both of us giving each other the standard Dr. Phil rundown.  How sad and also how scintillating.  It was refreshing to have such an open and honest conversation about dating, with someone from the opposite sex.

For someone so young (he’s two years older now but 29 and still not yet 30) he’s pretty wise and DEFINITELY even hotter than I left him that night standing on the curb, turning him down to come back to his place and Netflix and chill, minus the Netflix AND the chill (and we should ditch that reference cuz two years ago this dating phrase wasn’t even invented yet).  I digress.  He came over.  Shenanigans.

It’s clear he’s not my guy but I firmly believe that everyone comes into your life for a reason, a season or a lifetime.  In dating, this applies, too, although most guys I’ve met are the shortest seasons you’ve ever seen when it’s all gloom and doom and cold, dull or not-quite-right weather.

His reason/season this time around was during our conversation where he told me something I’ve never heard before:

He said, “I think people see us and automatically think one thing of who we are.  But then we meet and we start talking and they realize they’ve got it all wrong.

For me, they see a good-looking guy who looks like he’d make a great dad and husband and someone who’d want to settle down, when really I just want to travel the world and not have kids.

For you, they see who you are and then you start talking and they realize you’re way more intimidating or powerful or intelligent or ambitious than they thought you’d be and they don’t know how to handle you.”

So that sucks, and Mr. Tyson almost made me tear up a bit as we were talking, too. Sad but true and honest assessment.

One who was trying to go halves on a baby with me a few months ago (he was serious, and if I was trying to trap a multi-millionaire I’d be writing a very different blog post right now, but that’s the last thing I want to do) and the other a good, old, wise married man of whom you all may know if you know me IRL.

It’s very clear (and perfectly OK) with me that I’m all those qualities and traits he mentioned above because it’ll be all the more clear when the right man shows up.  He’ll see me, get to know me and it’ll make sense.  He won’t go running towards the hills, or just flake away like the leaves in the Fall, searching for someone better suited.

But until that day, just…UGH.

So I met a heart doctor online. A cardiologist. 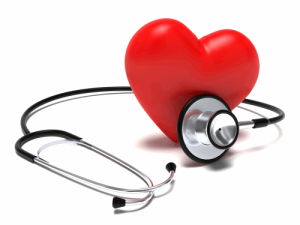 I work for an online dating company.

How cool would it be if my guy ended up being in the world of hearts, too???

Our exchanges so far:

Messaging back and forth on the site.

Texting back and forth a few times with “Good morning, sexy…” etc

He says he wants to get to know me and can’t wait to talk further.

(This is the time when people either drop off or make a move.)

And then today – he CALLS! I was busy working so I let him leave a message.

I was serious about what I said – I’d really like to get to know you better.

You’re beautiful and smart.  Exactly what I’m looking for….”

I called him back during lunch to quickly thank him for calling.  He was at the gym and we agreed to talk later tonight.